How Sir Kensington’s Is Dethroning Heinz In The Ketchup Kingdom

Once upon a time, a ketchup king named Heinz reigned supreme. Then, the noble knight Sir Kensington rode in on horseback and shattered him to smithereens. From that day onward, everyone in the kingdom was happily satiated. The delicious, nutritious end.

When Scott Norton and his co-founder, Mark Ramadan, were in college, they had a thought: why are American consumers totally chill about their ketchup? After all, the stuff we all grew up on is loaded with junk like high fructose corn syrup, canola oil and tomato paste. But instead of going back to bonging beers and eating take-out pizza like most college kids would do at this point, they took their concept a step further and asked themselves, “What would happen if we turned the ketchup industry on its head?”

The result is Sir Kensington’s, a condiment company that replaces all the nastiness with high-quality ingredients like whole tomatoes, raw sugar and humane, free range eggs. If you’ve been in a Whole Foods Market lately (or really, almost everywhere, it seems), you’ve likely stumbled upon some SK.

But contrary to how it may look, Scott’s story wasn’t nearly so seamless. In fact, he initially shelved the concept for the company in favor of going corporate after college, then bicycled his way around Asia before deciding to take the entrepreneurial plunge.

And then there’s this:

“I didn’t really see ketchup as a career. I just thought it was an interesting problem to solve.” – Scott 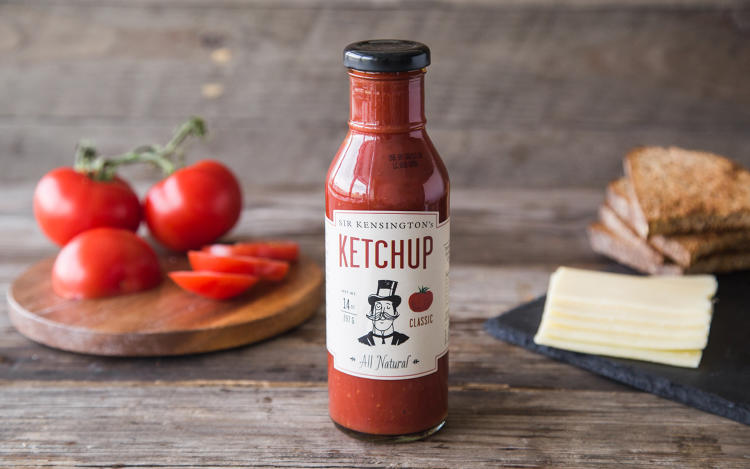 So, how’d it all happen?

Scott walks me through his decision making process and the journey he took to launch the company. We also get into how he thinks about business as a force for good, how he came up with the highly amusing and fictional character, Sir Kensington, and what advice he’d give to his younger self.

The audio quality on this one is…well, I won’t lie to you. It sucks. But the content and Scott’s awesome energy more than make up for it.

Show notes [times are approximate]:
Scott’s California upbringing [2:33]
What college looked like for Scott [6:08]
Business as a force for good versus evil [7:44]
When everything gets turned upside down [9:09]
Sir Kensington’s values and creating value [10:00]
Entrepreneurial tenacity vs. listening to feedback [12:08]
How Scott prioritizes the Sir Kensington’s team [13:56]
Who is Sir Kensington? [16:11]
The first ketchup tasting party [19:45]
Why Sir Kensington’s doesn’t make hot sauce [22:24]
How the vegan mayo is made [25:01]
What failures has Sir Kensington’s encountered? [26:09]
Kensington kisses [29:00]
Going to corporate after college instead of launching the company [30:03]
AsiaWheeling – traveling 100 Asian cities by bicycle [32:18]
Separation of cultures and current culmination [33:26]
Advice Scott would give his younger self [35:37]
How Scott’s relationship with his co-founder has changed [36:39]
What lessons can small businesses learn from the big guys? [38:09]
Going from local to national distribution [41:00]
Sharing a name with a WWE wrestler [42:07]
Quickfire questions [43:27]